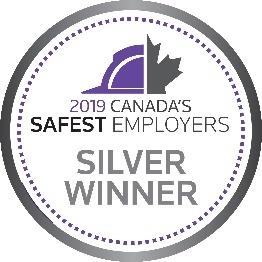 The Gala Banquet was hosted in Toronto by Canadian Occupational Safety.  In attendance at the awards were Yves Tremblay,  President and CEO, Colin Parks (Director, Proposals and Resource Management), Lee Capon (District Manager, Brooks), Tom Tisdale (District Manager, Rocky Mountain House) and four Pronghorn employees who are young workers and were selected for their leadership and commitment to promoting a leading edge safety culture:  Nathaniel Nagy, Garrett Smith, Damian Sullivan and Kolton Marcinek.    Yves Tremblay who accepted the awards on behalf of Pronghorn said, “I am thrilled to accept these awards on behalf of Pronghorn Controls.  Safety is Pronghorn’s most important core value and nothing is more important than ensuring everyone returns safely home to their loved ones at the end of their shift.”    Yves also said that young worker safety is so important because they may be more vulnerable because they are less experienced and may be reluctant to ask questions.  He also went on to say, “Young workers of today are apprentices who are working towards becoming Journeymen and Journeywomen.  Their introduction to a world class safety culture and  exposure to world class safety programs will ensure they develop into the strong safety leaders of the future.” 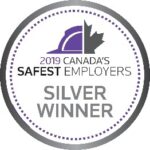 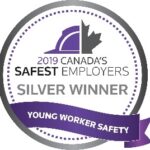